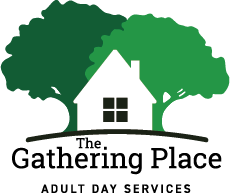 The Gathering Place provides adult day services to promote empowerment, independence and quality of life for elders, adults with disabilities and their caregivers. We are dedicated to fostering collaborative community partnerships.

We treat clients and family members with respect, compassion, and regard for their dignity and individuality. We adhere to ethical and professional standards of care, confidentiality and accountability in our work and relationships.

In 1987 the Council on Aging for Southeastern Vermont received funding from the State to conduct a feasibility study to plan an Adult Day program in the Brattleboro area to serve Windham County.  In 1989 The Gathering Place (TGP) opened its doors as a program of the Council on Aging for Southeastern Vermont (COASEV). The first Center opened with two (2) staff, and served six (6) families three days a week.

By 1990, the Center was serving 26 families and had an average daily census of 6.5.  By 1992, TGP had grown and was serving 45 families and averaging 10.2 participants per day.  Over the years our census grew exponentially and in 1993 TGP incorporated as a stand-alone 501 (c) (3) not-for-profit organization.

Our original location was the recreation room at Hilltop House but growing enrollments indicated a need for our own facility.  With steady growth in FY 2000 TGP moved to Brattleboro West Plaza, sharing a facility with C&S Wholesalers. The board and staff recognized that the growth would continue and began planning the next move with hopes of a TGP owned facility.

In October 2001, with the support of our Board, community, a grant from the State of Vermont, and a low interest mortgage, the TGP purchased its site in Brattleboro from the Eagles.

The lovely 1800’s Victorian building located on 30 Terrace Street renovation was generously funded through USDA, a grant by Thomas Thompson Trust, matched by local businesses and community members as well as “in-kind” donations from the Board, staff and volunteers, which helped lessen the construction costs. TGP proudly moved into its own facility at 30 Terrace Street in March 2002.

Over the years, there were many repairs and updates to meet the changing needs of those attending the Center.  In January of 2015, TGP lost approximately 60% of the building due to water damage.

The damage fast tracked a significant expansion that was in the preliminary planning stages.  The community of Brattleboro, the Tarrant Foundation, Thompson Trust, VT Community Foundation, Ellen Willard Trust, The Board of Directors and staff went to work.  Westfield Construction and the generosity of three anonymous donors made the renovation and expansion to utilize the building more effectively happen quickly.  The result is that our Brattleboro location now boasts 7,200 square feet of beautiful space that includes a rehab kitchen, additional space for exercise and multiple groups. We are forever grateful for everyone’s help.

In July of 2013, TGP started a pilot program for non-skilled Home Care Services.  After just four months, the program expanded and became a Board approved permanent service.  Home Care Services include companionship, cooking, grocery shopping, light housekeeping, and assistance with exercise and bathing, and so much more.  TGP’s Home Care Services are offered 24 hours per day, 7 days per week.

2018 brought about major expansion for The Gathering Place when we opened our Deerfield Valley satellite location in West Dover, Vermont to better meet the needs of the Deerfield Valley.  This site would not have been possible without the generosity and support of the Towns of Dover, Wilmington and surround area.

In March of 2020 due to COVID 19 and an emergency mandate by the Governor we closed our doors and paused in person services, including no longer accepting home care clients.  With doors still closed the financial commitment for the West Dover building occupancy and maintenance was unsustainable. In May 2021 the Board of Directors voted to not reopen our West Dover satellite.  This decision allowed The Gathering Place to focus all resources on enhancing the lives of our participants and their families throughout Windham County, and the surrounding area, through the Brattleboro location. Beginning Monday, June 7 2021 while following State phased re-opening guidelines, the Brattleboro location opened to in person services.

The Gathering Place serves families of Windham County and surrounding areas at our Brattleboro location.

Our Brattleboro center is located in a spacious Victorian-era mansion within a community neighborhood. Accessible parking available. 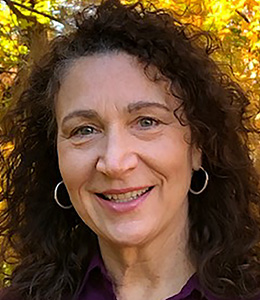 Maggie holds a Bachelor of Science in Health Care Administration from Providence College and a Master of Public Administration from Suffolk University.  Maggie is a Certified Professional in Healthcare Quality, Certified Dementia Care Specialist, an Alzheimer’s Association Master Trainer and holds a Nursing Home Administrator’s License. Maggie has over 25 years experience in the administration of programs and services supporting the chronically ill and elders in our community.

Our Board members provide support and guidance to The Gathering Place and serve as our champions in the community. 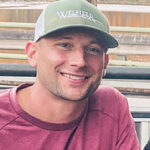 Andrew is the President of Westfield Construction, a construction company in Chesterfield, NH. He brings his passion for community service and his expertise to the Board, serving currently as President and in the past as Vice President, and on the Building and Finance Committees. 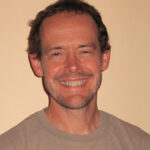 Bob has worked in community development for over 30 years, largely working with nonprofits in the areas of strategic and business planning, finance and asset management, program development and management, and grant writing.  Over the years, Bob has obtained over $30 million in public and private grant funding, primarily for affordable housing, education and health care-related projects. Bob received a Master of Arts in Teaching Social Studies from the University of New Hampshire in Durham, and a B.A. in History from St. Lawrence University in Canton, NY. 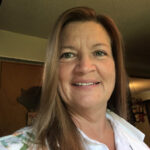 Becky serves as the Community Specialist/SASH Implementation Manager for Shires Housing and has been with the organization for over 6 years. She is dedicated to connecting housing with wellness and ensuring that residents and SASH participants have access to the resources they need. Becky has many talents and passions, from flower arranging to farming to providing virtual dementia tours and, of course baking. 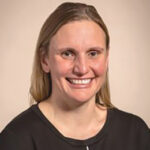 Dr. Ewa Dziewiecka Arnold graduated from the University of Guelph in Ontario, Canada, and Jagiellonian University in Krakow, Poland. She completed her family practice residency at the University of Vermont College of Medicine and Fletcher Allen Medical Center in Burlington. She joined Grace Cottage in 2012. Dr. Arnold and her husband Kyle have two children. She loves the outdoors and yoga. 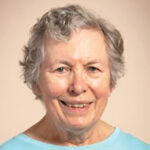 Anne holds an MD degree from the University Of Vermont College Of Medicine, Burlington, VT; a B.A. from Brown University, Providence, RI. Her residency in Family Medicine was at the University Of Connecticut Affiliated Hospitals, Farmington, CT where she also received an MPH degree. She is Board Certified from the American Board of Family Medicine with added qualifications in Geriatrics, Sports Medicine, Adolescent Medicine, and Hospice & Palliative Medicine. She has worked with hospice and palliative care teams for 30 years. Dr. Brewer joined the Grace Cottage staff in 2017. Dr. Brewer and her husband The Very Rev. James Kowalski reside in Townshend Vt. They have 2 children and 2 grandchildren. 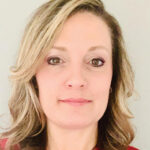 JoAnne is Executive Director of Valley Cares with a demonstrated history of working in the hospital & health care industry. She obtained her Bachelor’s Degree in Psychology at Trinity College, Burlington, VT and is skilled in Nonprofit Organizations, Team Building, Fundraising, Healthcare Management, and Healthcare. A strong business development professional and graduated from Springfield High School, Springfield VT. 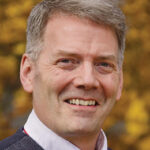 John Everest has worked with people at end of life, their families and volunteers as a hospice care coordinator and hospice and bereavement volunteer with Brattleboro Area Hospice and as a volunteer coordinator with a medical hospice. He has also served as a social worker with the Vermont Department of Children and Families, and as a teacher at Community College of Vermont and elsewhere. John has a Master’s degree in management from Antioch University and has served nonprofit organizations and organizational leaders as an organizational development consultant and fundraiser.

John served as the primary caregiver for his mom before she died and says, “I know how priceless the kind of care that The Gathering Place offers local families and individuals. I’m deeply humbled and excited to help sustain The Gathering Place for the community in this role.” 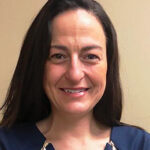 Dana Riccoboni Sorice is a skilled litigator with over fifteen years of expertise spanning immigration, family law and civil litigation. With a strong work ethic, sense of initiative, sound judgment, Dana passionately represents client interests and has a proven success rate of achieving case dismissals, advantageous settlements and favorable verdicts.  Dana lives in Dover, Vermont, with her husband and their children, where she serves the Town as Secretary of the Planning Commission. She enjoys the outdoors, crafting and looks forward to contributing to TGP.

The Gathering Place is certified by the Vermont Department of Disabilities, Aging and Independent Living (DAIL) and complies with Vermont Standards for Adult Day Services.

“Some people play cards and bingo and dominos. I don’t know what I would do without it (The Gathering Place). It has helped me a lot. I had somebody with me during the day. There is no place like it.”

June PWardsboro
“My brother is a changed man in such a short time! He was so happy and proud when he came home. He is transformed on the outside; the best part was the ear-to-ear grin that never left his face all night! What a change! And the grin continues. He is happy, talkative and KIND at home. We are a family again.”
Linda MWilmington
”I like the program, crafts, dominoes, music and socializing with others, I also sleep better being busy all day.”
Tom SBrattleboro
”The Gathering Place was extremely helpful and accomodating at a certain point in my mother’s Alzheimer’s dementia diagnosis. Not only did she find fun and satisfaction in the arts and crafts activities, but her time at TGP also gave my father a needed respite during the day, with time for himself knowing she was safe and cared for.”
Ann TBrattleboro
”My sister tells me that my behavior is much better since I’ve been at The Gathering Place.”
Howard PBratttleboro
“Meeting and getting to know the TGP participants and their caregiving families has been a gift to me. Being part of a team, all focused on providing our participants with a good day of fun, food and activities is most satisfying. At the end of the day I go home knowing I’ve helped make someone elses day better. The Gathering Place is an essential part of the community.”
Annie T5 ½ year employee
Previous
Next